1. The dent in the bow visor is to big.
2. The dent have straight marks that don´t fit the round bulb shape.
3. The 3 marks on the port side has arisen from 3 guns probably, one of the guns made a hole in the MV Estonia hull on the bow visor.
4. Many witnesses tells of a loud bang, iron against iron, plus MV Estonia slowed briefly, when a boat loses speed with a knot in a few milliseconds, it feels like a sharp deceleration. 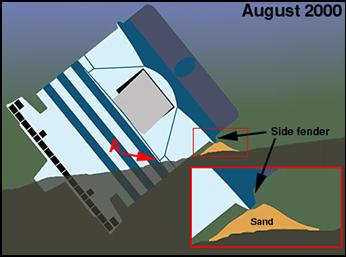 Here the military boat made a hole on MV Estonias starboard side of the hull, it could be the fins of a submarine that has open up a hole in the hull, there are witnesses who spoke of a scraping sound, metal against metal! 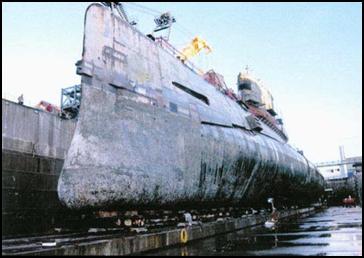 There are many designs of the bow of a military boat, many slopes on the bow, forward and backward. Here is one, a Triton, where the bulb is tilted forward.
An important difference between a passenger boat and a military boat is the thickness in the hull. Passenger boat, 8-10 mm Military boat, 30 mm and thicker.

If M/V Estonia had its stabilizer fins extended, the accident was unavoidable! The size of the hole is completely in line with the sinking process. 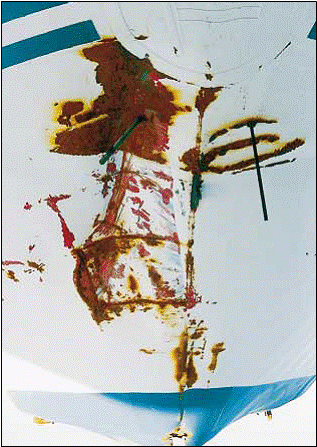 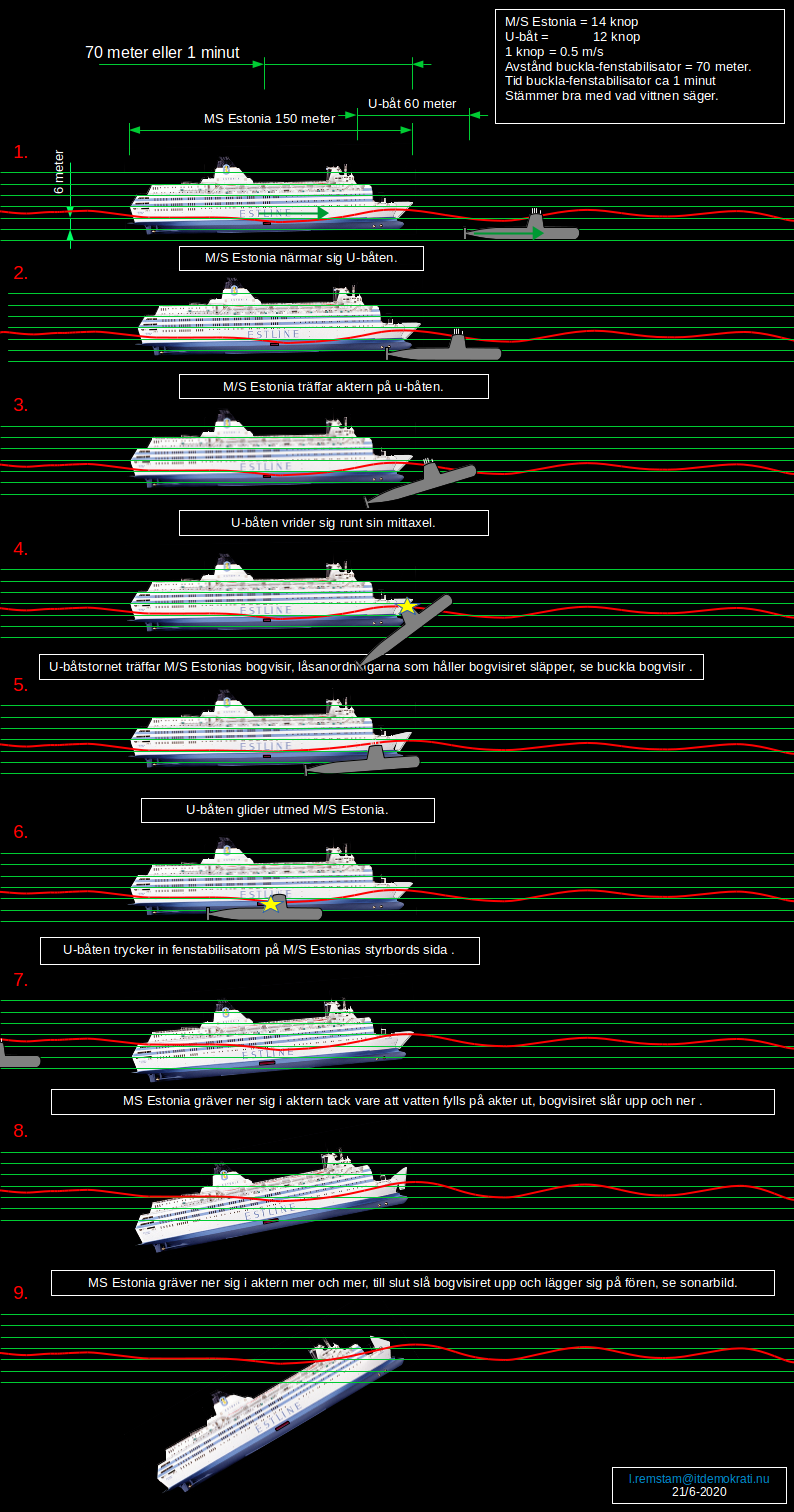 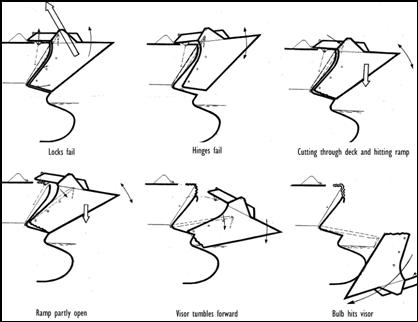 This is the way JAIC means that the bow visor is falling of, a strong wave has torn up all the bow visor locks at once. It would be easy to see if the bulb fits into the damage, dive down and cut the bow visor of with a cutting torch, bring up the bulb, see if it fits, you don’t have to take up the whole ship to do this.